this and that: volume 1

Years ago, I used to publish a weekly post titled "This and That." It was, in true fashion of the early blogging days, a trope that had largely been popularized by Ms. Emily of Cupcakes and Cashmere's "5 Things I Love." Or wait, perhaps it was called "Weekly 5 Things." Or maybe just "5 Things." Gosh, I really cannot remember, but I think the premise is clear. An assortment of five seemingly random things that brought joy, piqued curiosity, made me think or simply made me smile, that I wanted to share with you all. I'm bringing it back today because I think it's still the perfect way to kick off interesting "water cooler" talk at the office. Even though, in all honesty, no one really works in "offices" anymore and we certainly don't hang around the water cooler, but you catch my drift, right?

If my Friday Favorites posts, which feature more current events and compelling think pieces, are more hard hitting, than I want these posts to feel like flashes of delight to start your week with — lighthearted, joyful and inspiring. So without further adieu...here's what's been catching my eye lately.

ONE // Two movies to watch ASAP — Passing and Spencer: The first, Passing, is a visual feast for the eyes. Based on the 1929 novel of the same name by Nella Larsen, it follows the story of a Black woman in 1920s NYC, whose world is upended when her life becomes intertwined with an old childhood friend who's now passing as white. The whole film is shot in black in white and the cinematography is hauntingly beautiful. (Available on Netflix.)

As for Spencer, you all know I'm a massive Royal fan, so I was going to see this film even despite my general lack of enthusiasm for Kristen Stewart's acting. But! I'm happy to report, I was pleasantly surprised. Unfolding like a "dark fable from a true tragedy," Spencer delivers a haunting tale of a doomed princess, spiraling over 72 hours during a Christmas holiday family trip at Sandringham Estate. The storyline is, of course, terribly familiar, but there are surprises and twists that leave you wondering how close to truth the family measures up. Another wonderful musical score as well and the costume design doesn't disappoint (they show more of the wedding gown than The Crown ever did!). (Available in theaters.)

TWO // Passing soundtrack: After you watch Passing, please listen to the soundtrack. Almost entirely jazz (fitting for 1920s NYC after all), there's one particular piano solo track by Tsegué-Maryam Guebrou, an Ethiopian nun with the most fascinating life story.

THREE // Secret Scents of Ella candles: I was recently introduced to the candle brand Scents of Ella and I'm already planning on snagging many of her pieces for holiday gifts this year, especially this one and this beauty. Unique, visually striking and memorable. Perfect for shelf styling and coffee table arrangements that spark conversations with guests.

FOUR // A poem that tugged at my heart: A friend sent me this poem by Charles Baudelaire recently — "Fleurs du mal" or Flowers of Evil. I hope it transports you as much as it transported me when I first read it:

I would, to compose my eclogues chastely,
Lie down close to the sky like an astrologer,
And, near the church towers, listen while I dream
To their solemn anthems borne to me by the wind.
My chin cupped in both hands, high up in my garret
I shall see the workshops where they chatter and sing,
The chimneys, the belfries, those masts of the city,
And the skies that make one dream of eternity.

It is sweet, through the mist, to see the stars
Appear in the heavens, the lamps in the windows,
The streams of smoke rise in the firmament
And the moon spread out her pale enchantment.
I shall see the springtimes, the summers, the autumns;
And when winter comes with its monotonous snow,
I shall close all the shutters and draw all the drapes
So I can build at night my fairy palaces.
Then I shall dream of pale blue horizons, gardens,
Fountains weeping into alabaster basins,
Of kisses, of birds singing morning and evening,
And of all that is most childlike in the Idyl.
Riot, storming vainly at my window,
Will not make me raise my head from my desk,
For I shall be plunged in the voluptuousness
Of evoking the Springtime with my will alone,
Of drawing forth a sun from my heart, and making
Of my burning thoughts a warm atmosphere.

FIVE // Louise Dahl-Wolfe's photography: If you need a visual break from scrolling through Instagram today (after you finish here on This Time Tomorrow, of course!), hop over browse through Louise Dahl-Wolfe's work. Dahl-Wolfe was an American fashion photographer best known for her work while at Harper's Bazaar (late 30s through the late 50s) while under the direction of editor Diana Vreeland. She pioneered what would eventually become known as the "female gaze" in fashion photography — a means of catching women's eyes not with the intention of how well it will attract the opposite sex, but more so, other women. A means of capturing women in a way that only other women can. A means of building worlds and moments where women feel like main characters and not merely props. 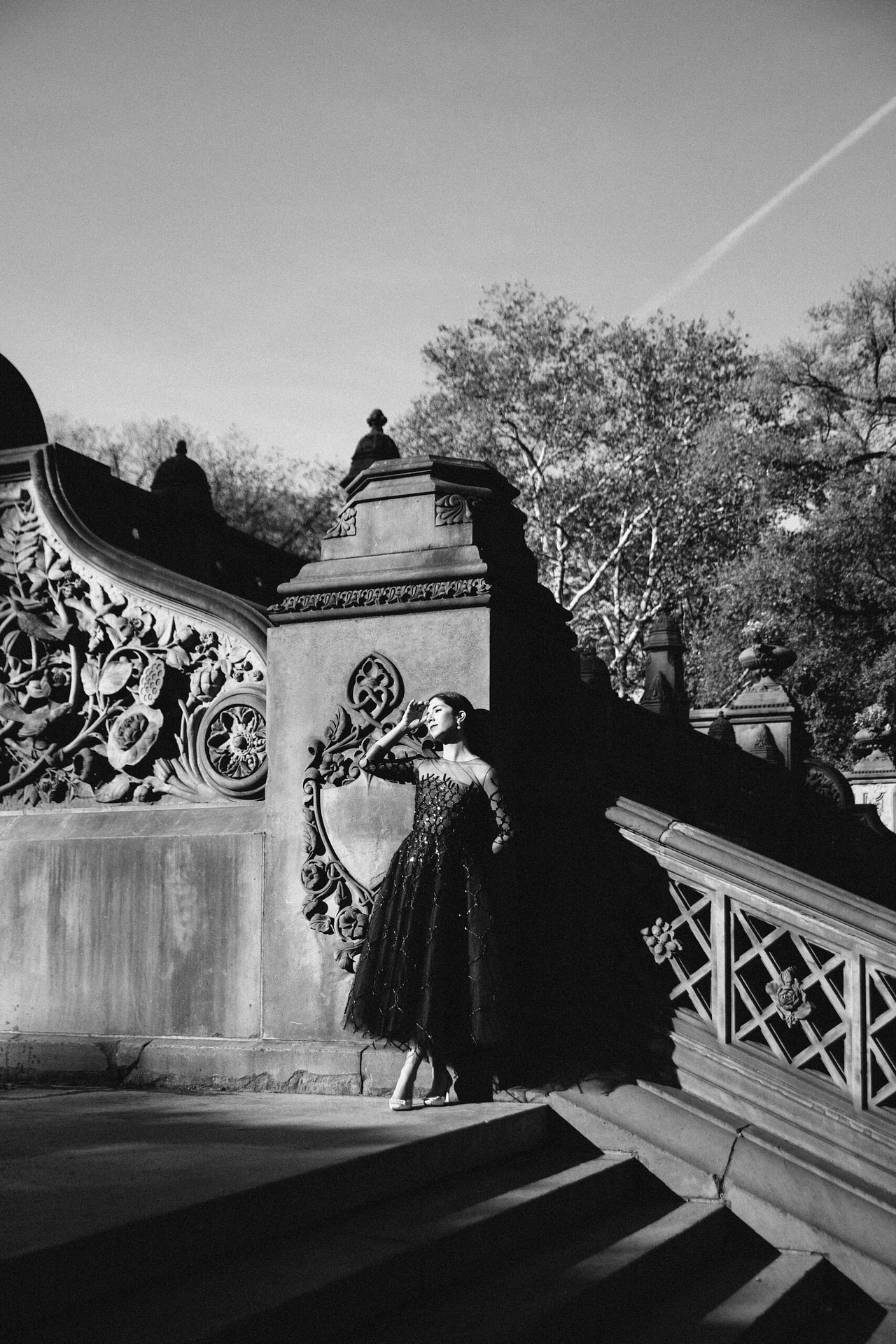 I’m missing you terribly. I hope everything is going well. I love your blog. Will you continue?

Thank you for checking in, Joanne! I really do appreciate it. I’m just taking a bit of a step back at the moment. I’m hoping it’ll help clear my head as to what I want to do here in this space.

I’ve been such a long time reader that I do remember your This and That series.

I’m finding it tough to see movies here in Quito–it used to be so easy in Hong Kong, so I miss that. For sure when we get to Seattle and Spokane, I’ll be hittin’ up the movie theaters with my fam.

What an absolutely stunning dress! And all these moody pictures–I LOVE THEM!

Wait – I work in an office. And we have a water cooler.

Not everyone is lucky to work from home.

Hi Vanessa, thanks for your note here. You’re right. I realize the flippancy in my tone here misses the mark for humor/sarcasm. I didn’t mean to belittle or mock anyone’s work environment. As always, I appreciate the feedback and I hope you’re having a great week so far.

I really need to carve out some time to go see Spencer in the theater. It seems like the perfect film to lose yourself in for a couple hours and I was very impressed by the director’s Jackie. That ODLR is absolutely stunning on you!