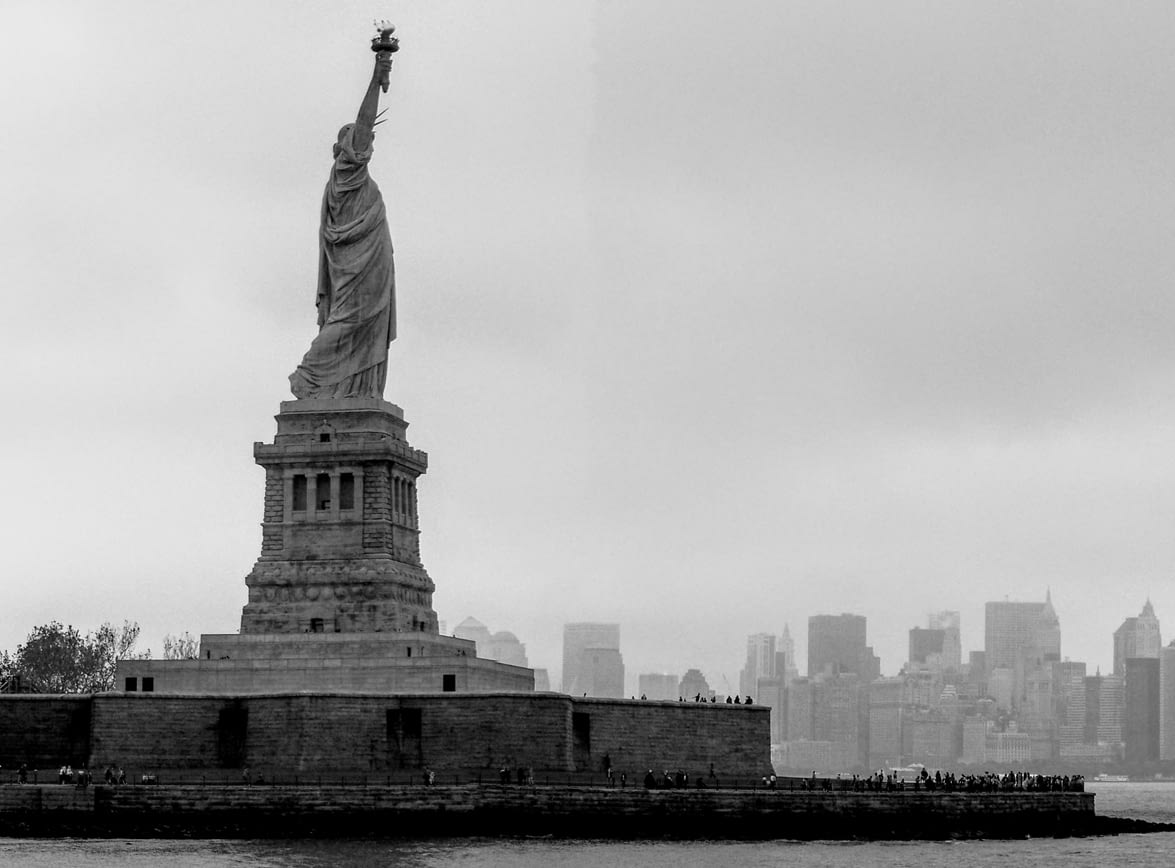 "Give me your tired, your poor, your huddled masses yearning to breathe free, the wretched refuse of your teeming shore. Send these, the homeless, tempest-tossed to me, I lift my lamp beside the golden door."

When I was 9, my whole family took a vacation. To New York City. In the middle of July. Hailing from the dry desert air of Reno, Nevada, the humidity struck me violently at first making it hard to breathe. Amongst the chaotic traffic, beckoning lights, I was both overwhelmed and intoxicated with New York as I'm sure most young kids are when they see the city blinking to life for the first time. In those initial moments, as I peered out the taxi window en route from JFK, New York held nothing but promise and hope and dreams. A wild dance of opportunity. Open to all who can keep up.

The trip itself was, admittedly, routine in the sense that we checked off every major landmark we could. The Empire State Building, The Natural History Museum, Times Square (Mom and Dad, you were brave for trying that one!). But what has stayed with me and what stands out right now given the recent turn of events since President Drumpf's inauguration (and last weekend's executive order), is our visit to the Statue of Liberty.

Again, my parents got kind of aggressive here (bless their hearts) and thought it would be a good idea to take two young children up all the stairs to Lady Liberty's crown. In short, it took us most of the day, waiting in line after line, inching forward a few steps at a time, in a completely AC-less stairwell. Again, need I remind you. It's July. In New York City. And I'm 9. And my sister is 8.

Several hours, and buckets of sweat later, we made it. And even as a 9 year old, I couldn't help but appreciate the view. Peering out in between the slots of her crown, you can see New York calling you and stretching out to one side and the vast Atlantic Ocean on the other side. It's a small room -- probably only accommodating no more than 20 people at a time -- and they usher you in pretty quickly, urging you to keep moving from window to window. And while the height took my breath away that day, I remember being completely blown away by something else -- just how many different languages were being spoken in that small room alone. Spanish. Mandarin. Hindi. English. All thrown together, mixing and intertwining with one another -- where one ended, it was hard to decipher where the next picked up.

And even as a 9 year old, something about that struck me as really special. That all of us, regardless of our language and origin, religion and creed, could appreciate a symbol like The Statue of Liberty together. A beacon of hope and light, offering refuge to those who seek it. The safe haven welcoming you to America, with open arms.

I'll pause here and offer a disclaimer: perhaps this is an overly sentimental way of getting to my point (and if it is, I'm sorry, I'm just naturally an overly sentimental person at times), but after this past weekend, I would feel amiss not saying something in the midst of what I fear is well, fear.

We are a country created and built by immigrants -- they are the very fiber that makes this nation what it is: a shining opportunity at freedom, a fresh start at a dream. And for those who are willing to work hard for it, it's a chance at a new life. That's what I believe this country stands for and that's what I believe we need to fight for still.

Now, I'll offer another disclaimer here, I will fully recognize it's not my place to spout out facts (and trust me, I have many browser tabs open to different news outlets, left and right leaning, including, yes, Breitbart), because I don't want this to become a source war, which is sadly, the state that we're in. A state where "fake news" has become the all-too convenient scapegoat in arguments. What I do know and hold to be true is this: when widespread and poorly executed mandates like this are implemented, seemingly mass targeting those based on religion (and not even necessarily the countries where extremists hail from), then we've failed ourselves as a country and what we stand for. It's shortsighted leadership that exploits nothing else than fear mongering itself. And that's not an America I recognize.

So what to do about it? In my first post regarding the election results here, I, like many others, urged for tolerance, compassion, understanding and above all, action. I think they all still hold true, now more so than ever. But I'll take it one step further here. I promise, for every politically-driven article I post on Facebook (and trust me, I post a lot), I'll follow it with action of some sort. Donating to ACLU. Participating in protests. Volunteering my time to refugee aid programs. But starting first with calling senators. And if their voicemail inboxes are full, I'll keep calling.

Because if we're not careful, that lamp beside the golden door may soon go out. And that's a day I surely don't want to see.

Love your sharing, can’t agree with you more <3

Well-reasoned pleas for kindness and tolerance never go out of style. Well done and good for you for being political and taking action. Like other readers, it drives me effing crazy when bloggers ignore what’s going on in the real world to peddle their shitty goods. I appreciate your realness and your perspective.

Thank you for addressing this on your blog. There is so much happening in the world and it so odd when so many bloggers don’t address as if they don’t see what’s happening. I understand people wanting an escape but your blog reflects you. What does it say about you as an individual if you have no thoughts whatsoever about the world around you? Any who, thanks for being a blogger that not only has amazing style, great writing but who is also active in making changes she wants to see in the world! Thanks for also sharing the actions that we can take to ensure that our country continues to hold on to what America is suppose to be.

Well said, and thank-you for posting action items as well!

What a beautiful memory, and connecting it to what’s going on. I’m proud to know you and call you a friend, and for using your voice and platform for the really important stuff (in addition to style and travel, because that’s also important). You inspire the hell out of me, lady.

Thank you for sharing this Krystal, and please don’t say it isn’t your place to say anything, this is your space, you can say whatever you want! Don’t let people intimidate you into not posting something you want to post because they’ll spam you with rude comments or leave your site…this blog is for you, defining your style and your opinions…don’t feel like it’s not your place 🙂

Also, as someone with a Senator who at this time is not answering phone calls, will not delete messages, and who has instructed staff to NOT take meetings with constituents in my city…inundating your reps with faxes isn’t a bad idea, and is oddly cathartic 😉

Krystal,
I couldn’t agree more with you. I have been trying to figure out what do I need to do to help. It is easy to shrug your shoulders and carry on with your everyday life but that’s not who I am. I am fighting mad and sick of the ignorance, the lack of basic understanding of what a democracy means and the appalling arrogance.
My ancestors walked the Trail of Tears (at the hands of another President’s orders) and another half of them were torn from their homeland forced into slavery. In short, if not for good people who stood up and said no where would we be? So I stand up too, shining my light and cry out loud boldly forcefully no too…
Sincerely,
@withsterlingprecision

I so thank you for writing this and using your blog and its income for making change. I’ve always liked your blog and your style, but this makes me like you even more! 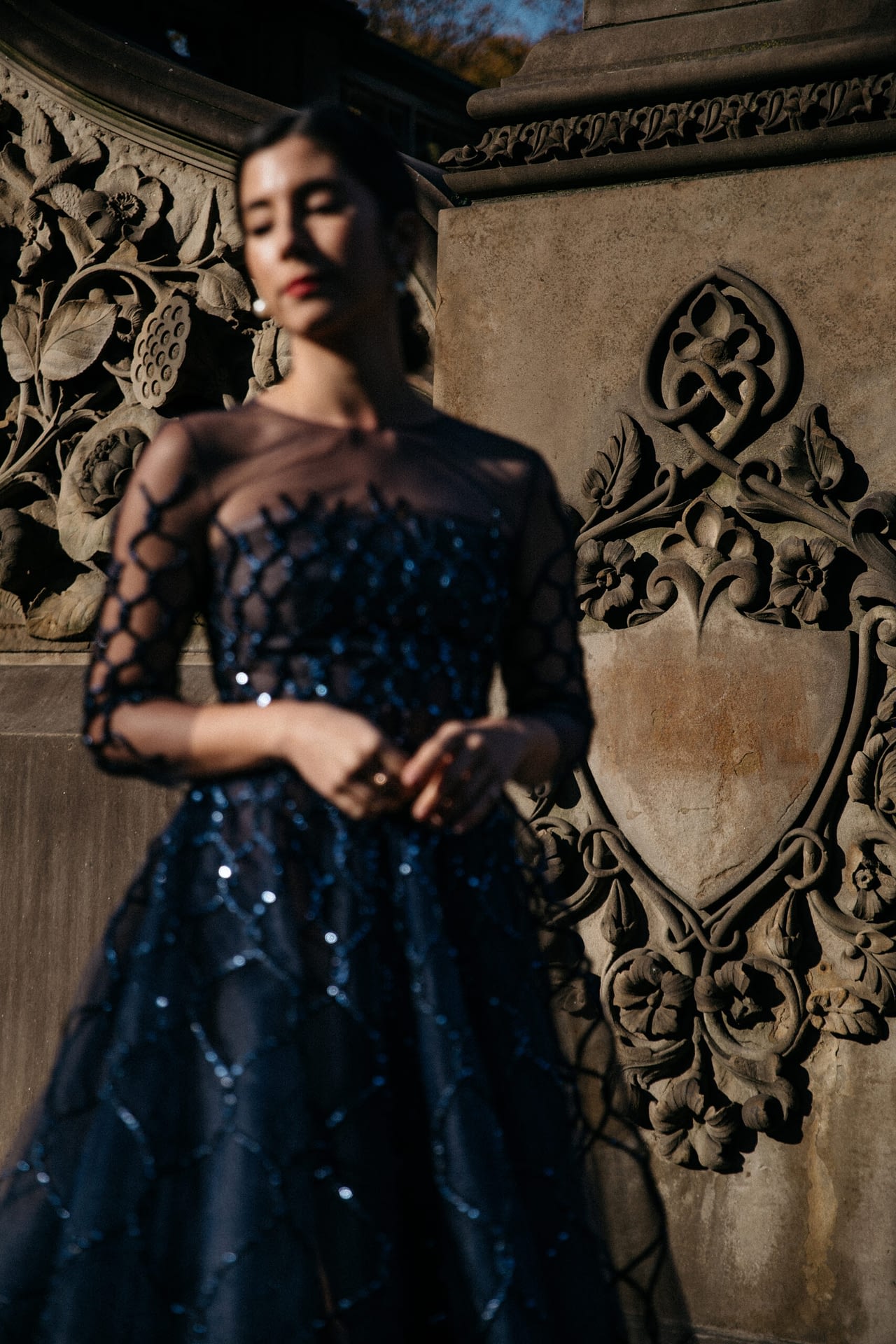