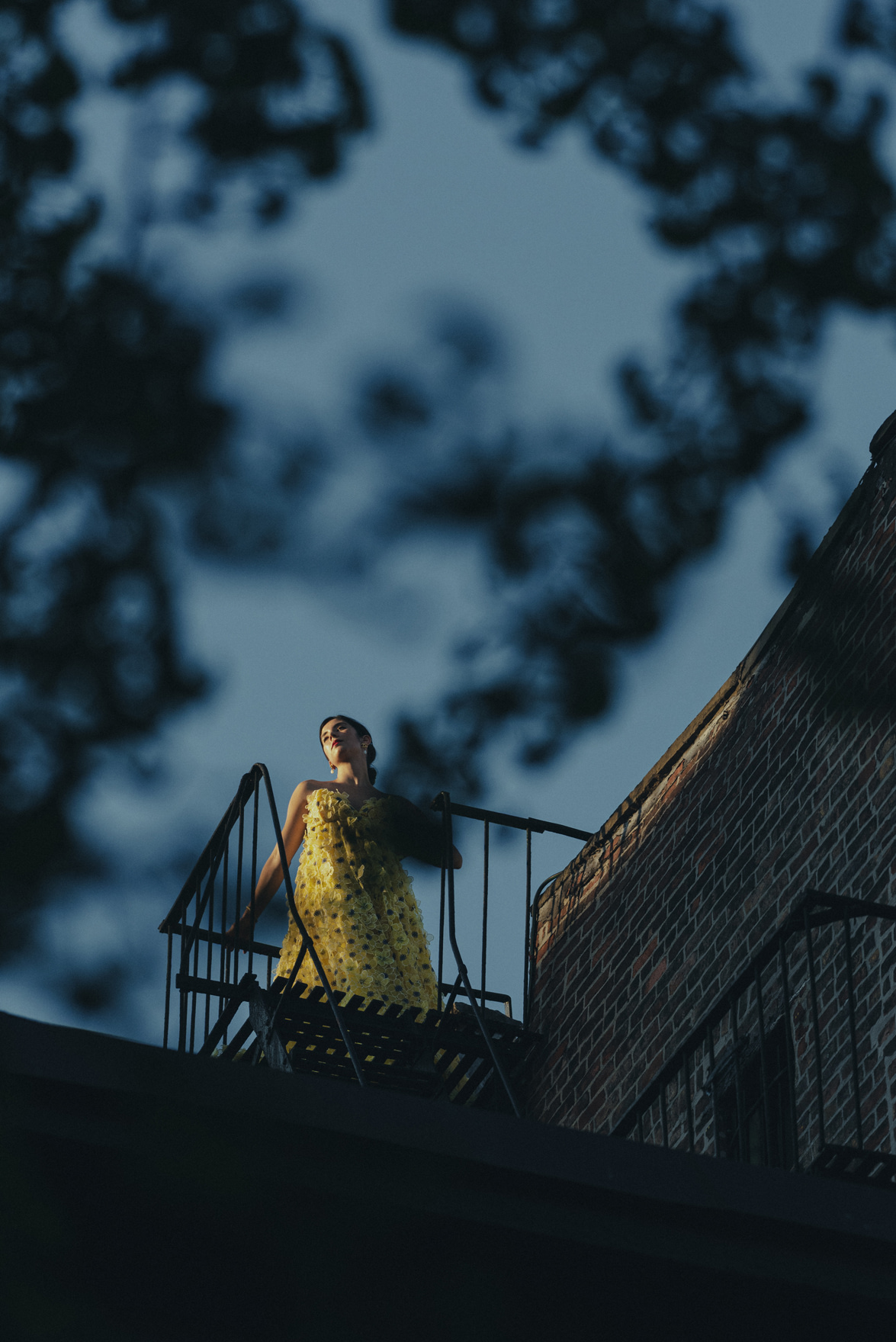 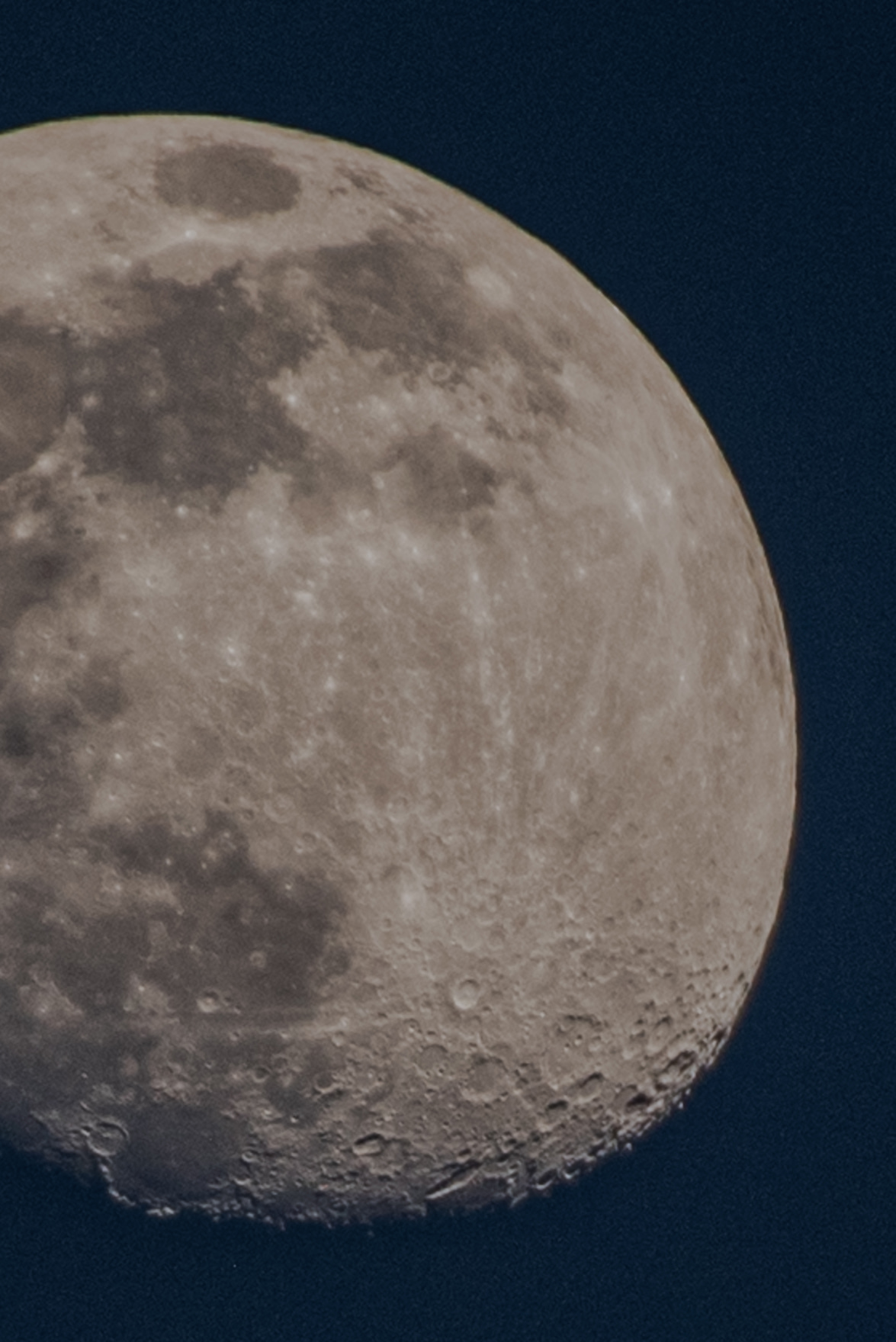 "But soft! What light through yonder window breaks? It is the east, and Juliet is the sun. Arise, fair sun, and kill the envious moon..."

Did I just make you think of your high school English class? Or perhaps your insufferable crush on the then 21-year old Leonardo DiCaprio as the dashing Romeo in Baz Luhrman's rendition? Oh, and can we please talk about that soundtrack?! I still can't listen to Radiohead's "Talk Show Host" without vividly seeing Leo, drenched in the setting sun on the beach, as his hair draped into his woefully lonely eyes. If this movie isn't the epitome of my 90s adolescence, than I don't know what is.

But, alas, today's post isn't necessarily about Leo and my 90s nostalgia -- trust me, we'll tackle that another day. No, today's post actually spurs from a New Yorker article I read over the weekend all about...drumroll please....the bard himself, Shakespeare. For my Instagram followers, please forgive me for rehashing what you might have already read from me, but I felt compelled to fully write out my thoughts today, so hopefully there's a bit more to sink your teeth into the second time around. The article, with a rather ominous title, "What Shakespeare Actually Wrote about the Plague," was the subject of my Saturday morning coffee and subsequent internet sleuthing.

Confession: I've always loved Shakespeare, largely thanks to my high school freshman English teacher, Mrs. Sweeney. She made the decoding of his iambic pentameter, line by line, like a puzzle and once you understood some of the cornerstones of that puzzle, the rest would fall into place. I don't know about you, but the minute I could read several verses and NOT have to double check the plain English interpretation off to the side, is just as memorable for me as, say my first high school dance.

But, I digress. This New Yorker article was a fascinating read -- a timeline of Shakespeare's most prolific writing years and how the plague was spreading across Europe like a dark shadow simultaneously. Here's a real whopper: As I came to learn this past Saturday, theater records show that between the years of 1606 and 1610, when Shakespeare wrote arguably some of his best plays like "Macbeth," "Antony and Cleopatra" and "The Tempest," London playhouses would have only been open for a total of 9 months, due to quarantine restrictions.

That's 9 months of stage performances over the course of 4 years. Let that sink in. Shakespeare was likely quarantined, or at least, had to modify much of his day to day life because of the plague outbreaks, and yet, he managed to create characters like Macbeth and Lady Macbeth, who would forever shape literature thereafter.

This fact made me pause. And then I read this:

In all of Shakespeare's plays (an estimated 41 at least), he only refers to the plague as an actual event in one -- yep, you guessed it, Romeo and Juliet. If you recall from your English high school class, Friar Laurence asks a fellow friar to deliver a message to the now exiled Romeo, to inform him that Juilet is in fact NOT dead, but rather sleeping. However, this messenger never delivers the message, as he's been detained by public health officials, having been suspected of being exposed to the plague, thus beginning the ultimate turn of events that doom the star-crossed lovers. (In Baz's version, you might remember they opted to show a FedEx-adjacent driver who is unable to reach Romeo with the message.)

While Shakespeare could have very well written 41 more plays just about the plague alone, he chose not to. For some reason, I find this both curious and well, inspiring, essentially because the plague, despite how monumental it truly was, didn't define his work. The plague didn't control his work. The plague didn't control him. Instead, he used the plague to fuel stories of love, of comedy, of tragedy yes, of despair, of course, but most importantly, of hope during a time it was sorely needed.

Last week, I listened to James Nord's latest Drink with James episode as I do every week, and his most recent subject matter -- about the enthusiasm we can control -- much like this Shakespeare article, really struck a chord with me. There's a lot about the world right now we can't control and I won't lie -- that's downright frightening. I refuse to undermine or trivialize the fact (because it is a fact) that life from this point forward will be forever changed. For all of us. But it's what we do from this point forward, how we answer that call right now, that defines a lot of what's to come in the months ahead. Enthusiasm to create, to work however we can in whatever capacity we can, to stay connected, to strive to find the positive, even when all we want to do is focus on the negative, is paramount right now.

Now, I'm by no means drawing the conclusion we should all simply emulate the greatest playwright of all time (if only, right?), but I do think it goes to show just how far a little creativity (whatever that looks like for you!) and the channeling of your own energy can take you, if you just allow it to. I titled this article "Channeling Enthusiasm: What I'm learning" for a reason -- I, like many of you, am learning how to pick myself up amidst all this. No two days are the same -- some are quite harder than others for sure -- but the undercurrent is always there. I want to grow from this. As a better creator. A better writer. A better friend. A better daughter and hopefully just a better human. It won't happen overnight but we certainly have time on our hands, don't we? Personally, I'd prefer to spend most of that time using my enthusiasm for good. 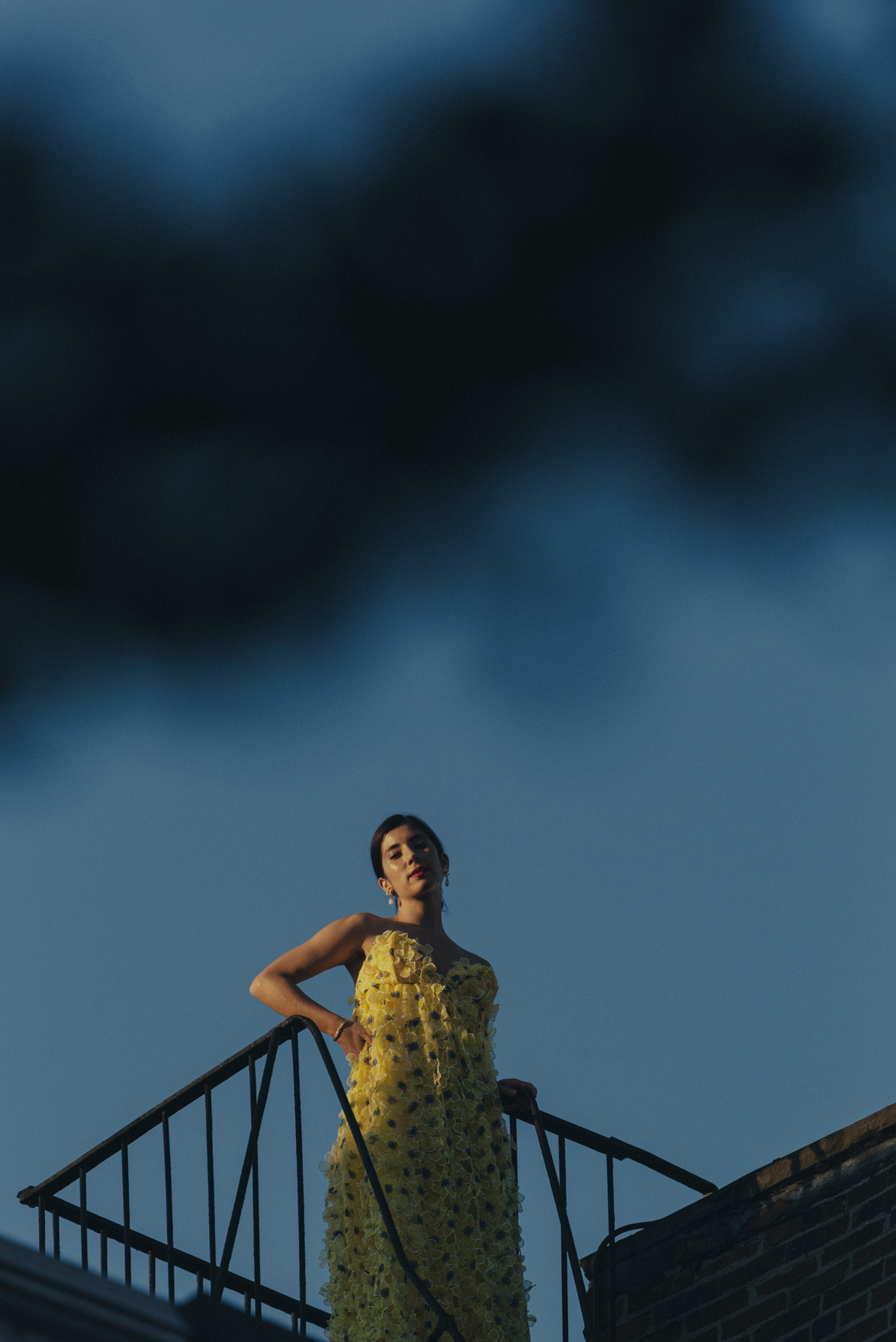 Photos by Grant Legan, with a telephoto lens (200-500mm), with me on my rooftop and him down below on the street with a mask on

great post with great content, just randomly came here and i must say you save a great way of presentation.

[…] We’ve talked about Shakespeare and the plague around here before — this article further breaks down how the Black Death gave rise to the Renaissance. Perhaps COVID-19 will have a similar silver lining of sorts? […]

Hi! I literally just found your blog and it is amazing! All your articles are so interesting and dreamy- love the Dorothy one and this one! I definitely did NOT know that Shakespeare lived in the era of the Plague.
And by the way, amazing photos! Stay safe!!

Hi ! I found your blog via Bloglovin a while ago and love it!

I adore reading your posts. They are full of fantasy and make me dream. The dress you wear is very classy.

This post was so inspiring. The world really is in an uncertain place but I will say that your content has given my creativity a reminder. Even in the darkest times we can still create… even if it’s from 6 feet apart.

Hi there-
Well I believe that your content and creativity have certainly been refreshing and authentic during this time! Keep up the great work! Love your artistic direction and fondness for nostalgia!

Beautiful words and pictures! Thank you for the amazing words during this rough time in the world (: